The Future Is Plant-Based. But How Do We Get There? 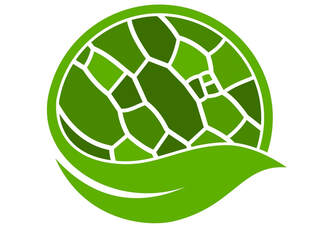 Palo Alto, CA--The world’s population is growing, and global climate change will reshape our maps—shifting locations where human settlements can sustainably exist and thrive. Plant science can help us understand and mitigate the coming challenges, including fighting hunger, promoting renewable energy, and sequestering carbon pollution from the atmosphere.
​
But in order to meet the moment, the scientific enterprise must prepare to leap ahead in its understanding of how plant cells function and respond to their environmental conditions. And to successfully advance plant science, the scientific community must foster the next generation of researchers and to ensure that a premium is placed on inclusivity and diversity in laying this foundation for the future.

“Now is the time to reimagine plant science as critical not only to basic scientific research, agriculture, and environmental stewardship, but to energy, healthcare, and manufacturing—a major economic and cultural force,” said Carnegie’s Sue Rhee, one of the principals of the Plant Cell Atlas project.

That’s why in 2019, she and Carnegie’s David Ehrhardt, along with NYU’s Kenneth Birnbaum called on the research community to increase its investment in plant sciences with the goal of significantly advancing available knowledge of the links between plant cell structure, biochemistry, and physiology.

Through a series of three well attended and highly collaborative kickoff workshops, more than 400 experts in a variety of fields discussed a roadmap for spring-boarding our understanding of plant cells into a new era. An overview of their efforts is published in eLife.

Why are plant cells so important?

Unlike animal cells, they can convert the Sun’s energy into chemical energy—sugars and fats—using a biochemical process called photosynthesis. This forms the baseline of our entire food supply, both directly through the consumption of fruits, vegetables, legumes, grains, and other plant products and, for meat eaters, indirectly through consumption of plant-eating livestock.

Photosynthesis has also shaped our planet’s atmosphere. Its evolution made Earth oxygen rich, allowing life as we know it to arise. Furthermore, its reactions require carbon dioxide, which means that plants take up and sequester about a quarter of the carbon pollution released by human activity.

"Based on our extensive workshop conversations, we have identified a set of goals for significantly advancing our understanding of how plants accomplish their amazing cellular,  physiological, and biochemical feats," said Ehrhardt.
Some of these aims are technological, involving the creation of new tools and techniques. Others focus on information sharing. But fundamentally the project wants to identify and map every type of plant cell and the location and organization of the various biochemical products found inside them.

Biological systems are built across scales from the molecular complexes that encode genetic material to the proteins synthesized from these recipes to the biochemical products created by protein complexes to the physiological functioning of cells, organs, tissues, and whole organisms to the ecological interactions of communities.

“For several generations, biological breakthroughs have been driven by linking the relationship between a genetic sequence, the resulting protein’s structure, and its function in the cell,” said Sue Rhee. “But it’s becoming apparent that to truly tap into the transformative potential of plant science, we need to consider how location and organization of molecules affect function.”

Another goal of the Plant Cell Atlas is to nurture the future leaders of plant biology. Seventy percent of workshop participants were early career scientists. In addition to reflecting a diversity of scientific disciplines and a bottom-up ethos, the community is committed to teamwork, mutual respect, active listening, and psychological safety.

As part of its efforts to make a transformative impact on diversity in plant science, the Plant Cell Atlas community recently developed a science and art exhibit at three Historically Black Colleges and Universities—Howard University, Morgan State University, and Bowie State University—highlighting the work of four Black plant scientists through history. Each display is accompanied by suggested classroom activities. A writeup of their project is published in Trends in Plant Science.

“Science is all about creativity and problem solving. We know that if we don’t have as many voices as possible at the table, we won’t have as many ideas and approaches,” said Selena Rice, the Plant Cell Atlas project coordinator. “What’s more, far too often, BIPOC scientists have had their plant science breakthroughs overlooked or their roles diminished in the public discourse, which makes others feel unwelcomed and plant science is too crucial to humankind’s survival to leave anyone out of the conversation.”
View on Carnegie Website
The PCA community building activities are funded in part by the National Science Foundation grant numbers MCB-1916797 and MCB-2052590, Carnegie Institution for Science, and BASF.