Next Year To Head Up A Plant Resilience Institute 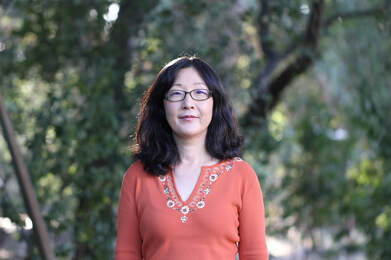 Palo Alto, CA--Pioneering plant scientist Seung Yon “Sue” Rhee will retire from Carnegie next July to head up Michigan State University’s Plant Resilience Institute—an interdisciplinary effort designed to address environmental challenges by increasing the quality and productivity of food and biofuel crops through conducting basic plant science and training the next generation of leaders in the field.

Rhee has held a variety of positions at Carnegie since joining the Institution in 1999, including Acting Director of the Department of Plant Biology between 2016 and 2018. Over this 23-year period, she has overseen a number of cutting-edge research initiatives, beginning with her early leadership, between 1999 and 2005, of The Arabidopsis Information Resource (TAIR), one of the most widely used biological databases in the world.

More recently, she and Carnegie colleague David Ehrhardt, along with an NYU collaborator, launched the Plant Cell Atlas in 2020. This multi-institution endeavor has brought together researchers from broad array of backgrounds—including plant scientists, as well as experts in nanotechnology, imaging, and scientific computing—to significantly advance our understanding of the links between plant cell structure, biochemistry, and physiology.

Earlier this year, Rhee was awarded a grant from the National Science Foundation for a center called the Water and Life Interface Institute (WALII). WALII studies the molecular, cellular, physiological, and evolutionary mechanisms that enable organisms across the tree of life to survive long periods in extremely dry conditions and then resume normal biological function within hours of being rehydrated. This knowledge could inform strategies for surviving climate change with minimal impacts to the food supply, as well as help identify conditions that could support life on other planets.

“The Carnegie model provides a great launchpad for individuals like Sue—offering the freedom to pursue bold, creative science directions that cross disciplinary boundaries,” said Margaret McFall-Ngai, Director of Carnegie’s newly launched Biosphere Sciences and Engineering Division. “As projects like the Plant Cell Atlas and the Water and Life Interface Institute grow in scope, a university environment is sometimes a better fit for such expansive undertakings. We know that Sue will have great success at MSU, and we anticipate continued collaborations with her in her new role.”

“I look forward to working with MSU colleagues to make plants more resistant to extreme weather caused by climate change, and to develop new ways to think about agriculture and the economy,” Rhee said, adding that she thinks there is potential to bring plant-based manufacturing efforts to Michigan.

She will become a Senior Staff Scientist Emeritus at Carnegie and continue to collaborate with Carnegie scientists, while ramping down her laboratory at the Stanford campus in the next few years.
​
In addition to her directorship of the Plant Resilience Institute at MSU, Rhee will join the land grant university as an MSU Foundation Professor in the departments of Biochemistry and Molecular Biology, Plant Biology, and Plant, Soil and Microbial Sciences.